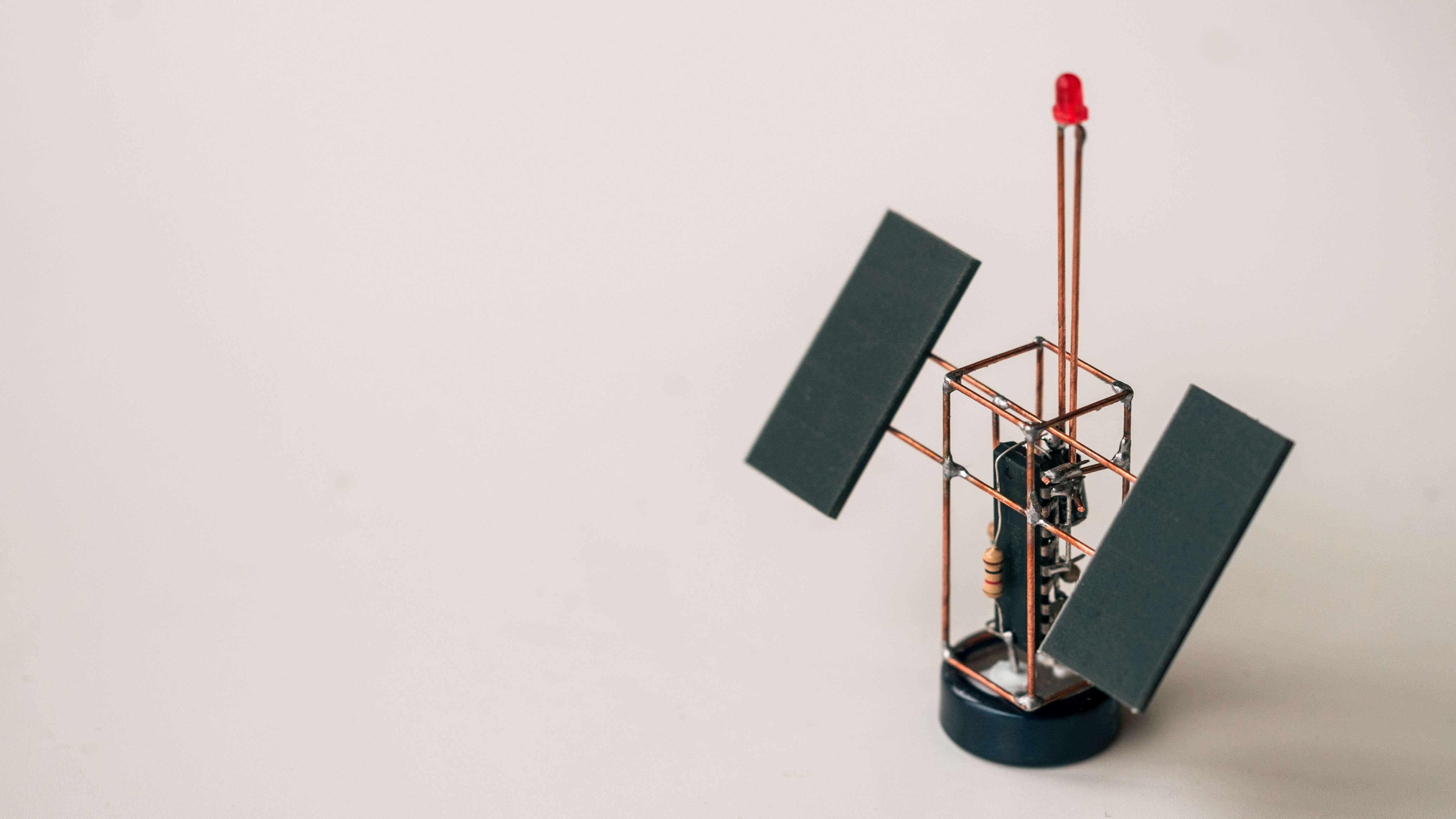 2Sat was my first attempt at a satellite sculpture.

Check out my second attempt - tinysat

The heart of 2Sat is a small pummer circuit.

Solar panels sit on either side of the satellite, and at the base is a large capacitor, which stores the needed energy.

For this sculpture, I used 0.8mm brass wire for the structure, and I’m pleased with the results.

The angle of the panels was tricky to decide on, as that changes how the satellite looks. After a bit of playing around, I chose an angle that tilted them at about a 30º angle.

The only other key design feature is the blinking led that extends from the top of the satellite. 2Sat has a total height of ~85mm, with the body + capacitor measuring at 45mm high, and the LED extending 40mm.

The core of this sculpture is a small charging circuit, combined with a pummer circuit.

During the day, the solar cells charge up the capacitor. Then, after dark, the capacitor begins to discharge and power the pummer circuit. This nocturnal behaviour doesn’t need any extra sensors. Instead, a clever circuit design allows the solar panels to act as both a source of power and a light sensor.

The pummer circuit produces a short pulse which gets smoothed by a 100uF capacitor in parallel with the LED. This is what creates the pumming, blinking effect.

There is room for improvement.

The pumming effect is not ideal — with a charged capacitor, the LED doesn’t turn off after flashing. Instead, it dims and remains on for 3-4 seconds. As the main capacitor discharged, however, the pummer approaches ideal operations.

I would also adjust the resistor across the solar panel. With the current value of 1MΩ, the circuit turns on earlier than I would like. 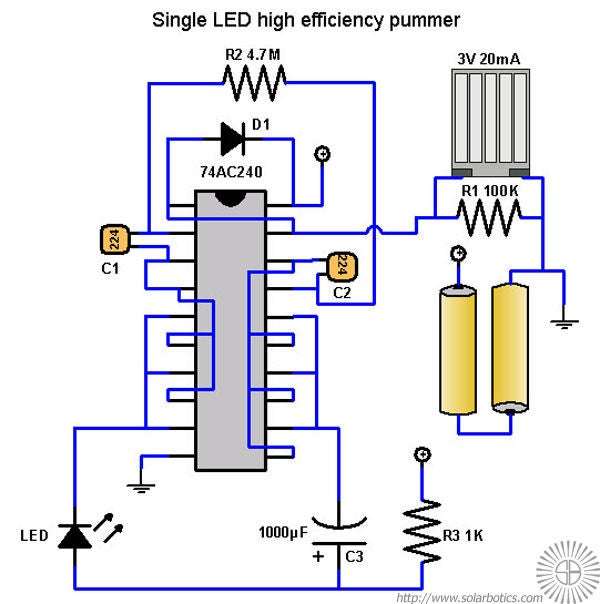 Key parts for the sculpture were - 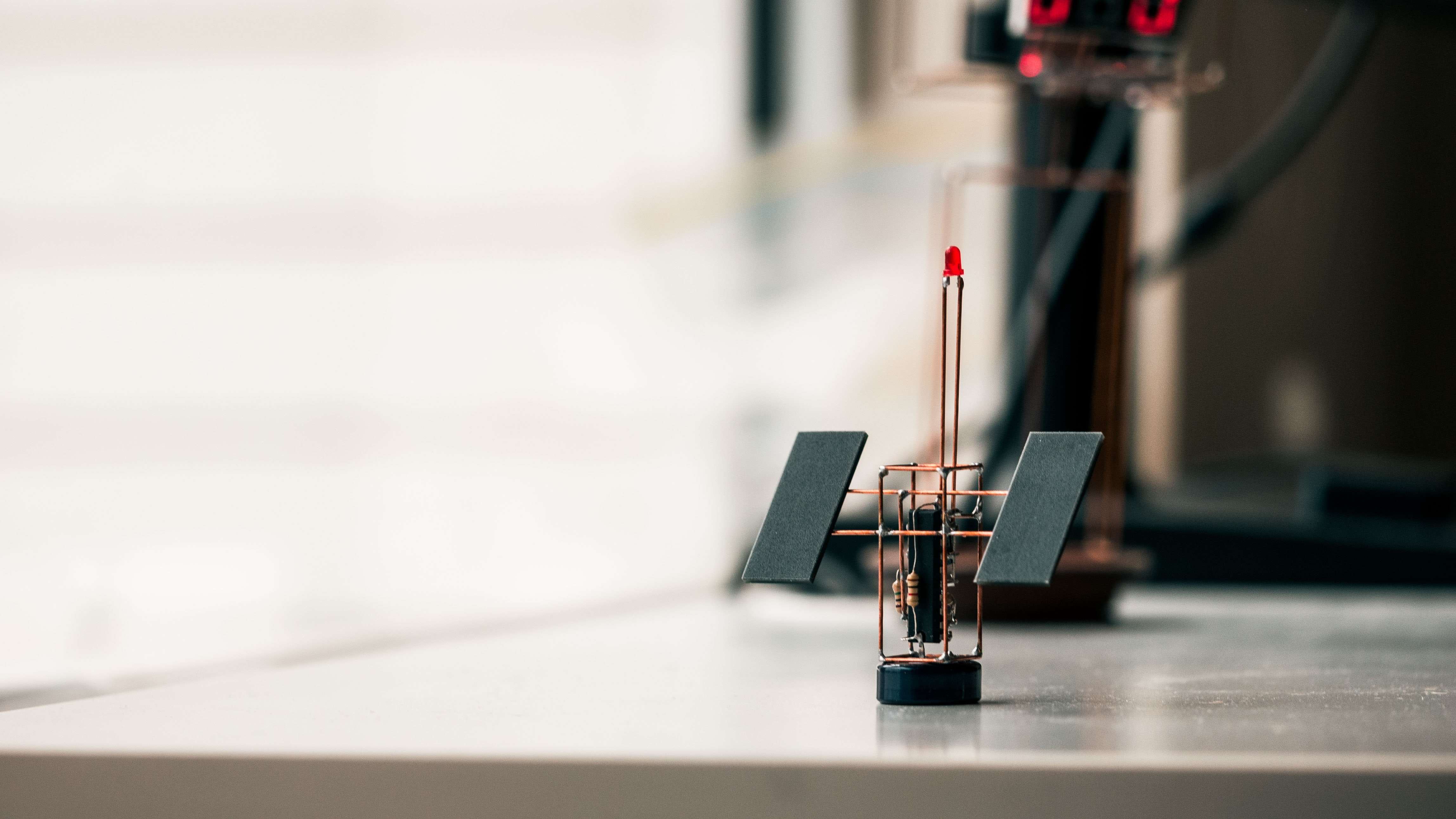 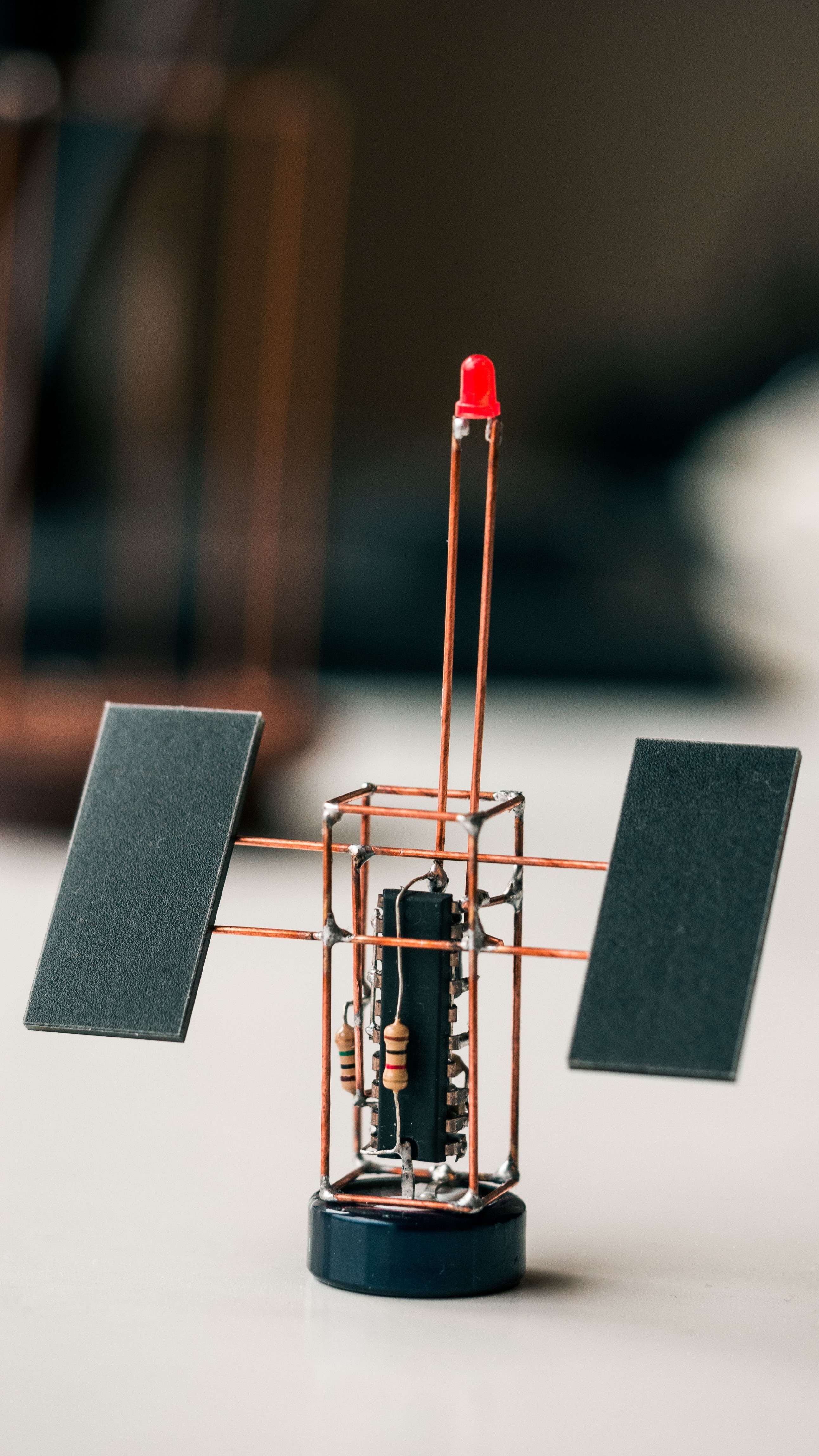 If you have something to say, i’d love to hear from you.

You can reach me here -